Food Sails Down The River

How do foods grown in Minnesota get to other states and other parts of the world? There are trucks. There are trains. But there is another way: Shipping food by boat down the river. Corn, soybeans, and grain are the primary crops to be sent by ship from Minnesota.

Large barges can carry tons of food out of Minnesota via the Mississippi River. The food may be carried on the Mississippi all the way to the Gulf of Mexico. Or it may veer off the Mississippi onto one of two major tributaries: The Ohio River and the Illinois River, which would take the food east. Food can also be shipped from Duluth, traveling along the Great Lakes.

It is a very efficient way to ship food long distances. A barge can tow the same amount of food as 15 train cars or 60 trucks. It is also much less expensive than shipping by truck or train. However, traveling by boat is slower than by train or truck.

This form of shipping is also more environmentally friendly. Modern ships use far less fuel and produce fewer emissions than trucks and trains. 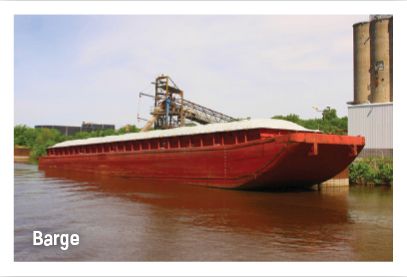 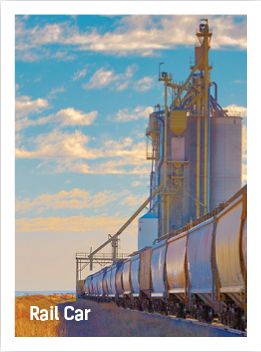 Look at the map above. Click on each of the crop growing regions. Now look at the rivers that are in those regions.

Think about these Minnesota crops: sugar beets, wheat, potatoes, corn, soybeans, lumber, wild rice, and hay. What would be the best waterways to transport them?